Answering to a Higher Authority 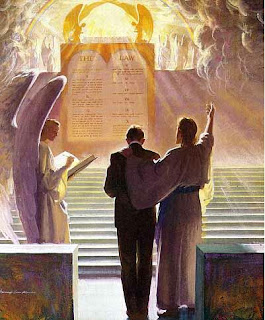 He's in front of a higher authority now than even a Federal Judge.

Rest in Peace.  My condolences to your family.  You did not have to have it end this way.

A month after one Houston-area businessman accused of bilking $10 million from Zachry Industrial killed himself, a second has been found dead.

The body of David J. Reitman, the main orchestrator of the fraud scheme on one of San Antonio's largest employers, was found Wednesday on a bed in a room at the InterContinental Hotel in Houston, a police report said.

Reitman, who lived in a $2.5 million home in Houston's posh River Oaks section, was facing a divorce and up to a dozen years in prison, officials said.