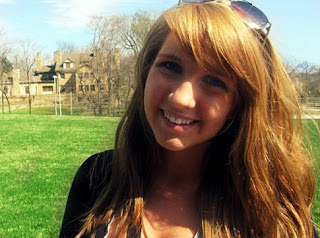 The Governor's office complained to her high school?

Wow.  He really does suck doesn't he?

A  high schooler who found herself in hot water after writing a negative tweet about Kansas Governor Sam Brownback told the Associated Press on Sunday that she won't be apologizing.
Emma Sullivan, a high school senior, tweeted "Just made mean comments at gov. brownback and told him he sucked, in person" after listening to the Republican governor speak.

She did not actually make any comments to him - but after his office received word of the tweet, they alerted Sullivan's high school. She was quickly summoned to the principal, who told her she must write a letter of apology - which is due on Monday.