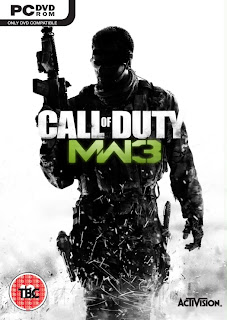 Obviously he's been playing too much Call of Duty games.

Robber tried to get 'Call of Duty'
UPI.com


KANSAS CITY, Mo. (UPI) -- Police in Missouri said a man who was frustrated by long lines to buy "Call of Duty: Modern Warfare 3" tried to take it from another man at gunpoint.

Police said Morales decided to steal a copy, so he followed customer Adam Freeman to his apartment, parked his red Ford Explorer behind Freeman's vehicle and pointed a gun at the man, demanding he hand over the game.