Another hit and run 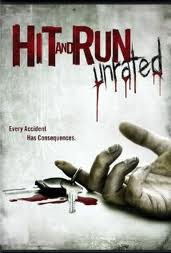 My bet is this was either another low-life drunk or someone without insurance or both.

Police are looking for a driver who struck two pedestrians early Saturday morning, critically injuring one.

Traffic investigators said two women were walking along the edge of the northbound access of NW Loop 410 near W. Military Drive after midnight when a driver struck them and drove away.

Both women were taken to University Hospital, where one was listed in critical condition, police said. The other pedestrian received serious injuries but was expected to survive.