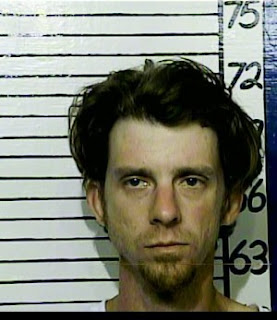 Its like the ads on the sides of milk cartons.

Thank you.  BTW his name is John Riffe; he however may not thank you.

NEW BRAUNFELS — Police are looking for a New Braunfels man suspected of leading officers on a car chase into Hays County and being involved in a burglary, a police spokesman said Monday.

John Brant Riffe, 36, escaped capture Friday night and remains on the loose, said Capt. John McDonald of the Braunfels Police Department. He said Riffe drove a car at speeds around 100 miles per hour to avoid arrest.