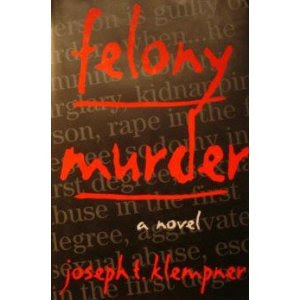 An example of the felony-murder rule at work.

Since she was evading the police at the time of the accident she was committing Felony Murder a 1st degree felony when they were killed rather than Intoxication Manslaughter which is a 2nd degree felony.

Pausing to catch her breath between sobs, Valeri Andrews said to a judge four times Tuesday that she was guilty of murder.

The pleas — for which Andrews, 40, will receive four concurrent sentences of up to 55 years each — represented three generations of the Perez family, whose minivan was struck by Andrews' vehicle last year as she fled police.

State District Judge Melisa Skinner is to determine her sentence in January. As part of the plea agreement, Andrews has agreed to a minimum of 40 years in prison for each count. She also agreed that her Chrysler PT Cruiser was a deadly weapon, meaning she will have to serve at least half of the longest sentence before applying for parole.