"Hate will rape my heart, if I let it" 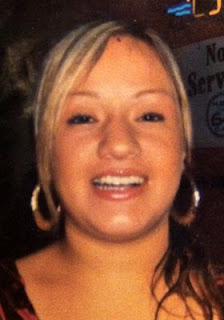 Under the plea the Judge sentenced him to the maximum asked by the State which was 25 years.

It does not seem like much for a murder, does it?

The title of the article is part of the victim impact statement given after the sentencing to the defendant.

Jimmy Guitron realized that what he did — mistakenly shoot a woman he didn't know — was wrong, and wished he could take it back, his defense attorney said at his murder sentencing Thursday.

Guitron, 31, facing up to 25 years in prison under a plea agreement, asked for leniency but understood he had to pay, “so if you have to give him the maximum he will understand,” his attorney David Garcia told state District Judge Philip Kazen.

Kazen gave him 25 years. It was what the family and friends of the victim, Iris Rodriguez, 20, had asked for — but not as severe as they would have liked.