Help! I've fallen and I can't get up 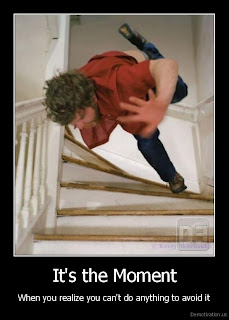 I hope the baby will be okay.


NEW BRAUNFELS — A Sunday domestic dispute resulted in the injury of a 1-year-old boy and an arrest of the father, police said.

“The boyfriend and girlfriend who are the parents of this one-year-old child were fighting and the father was trying to assault the girlfriend, and in the process of doing this, he fell down a flight of stairs and landed on the boy,” New Braunfels Police Capt. John McDonald said.