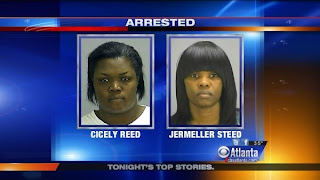 Throw the book at 'em!

They’re said to have allegedly held down Foley in a locked shower room, flooding her face with the hand-hold shower nozzle in 2008.