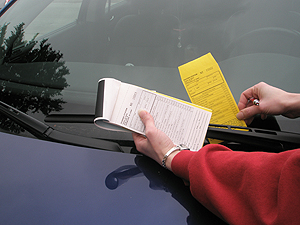 Better late than never I guess.

YORK, Neb. (AP) — A parking ticket issued 57 years ago in southeast Nebraska has finally been paid off. The fine: a dime.

York Police Chief Don Klug says a man walked into the station Tuesday with the ticket and payment — mounted and framed. Klug tells the York News-Times (http://bit.ly/uPLvCV ) that the man said he found the ticket among his mother's things and wanted to settle the debt.

The ticket was issued on July 13, 1954, to a vehicle licensed in Oklahoma. The man told Klug that he believed his mother had been visiting York at the time and probably lost track of the citation.