Things are getting serious 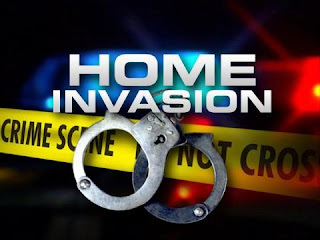 It seems to me that we are in a mini-explosion of home invasion burglaries.

I hope these pendejos get caught and quickly.

I hope the victim recovers completely and quickly.

San Antonio police are looking for at least four men who broke into a Northwest Side apartment early Sunday morning, then shot and stabbed a man inside.

A 39-year-old man is listed in critical condition at University Hospital, where he was taken following the incident at his apartment in the 8000 block of Callaghan Road around 2 a.m. Sunday, according to police. He was shot once in the head and stabbed once after he confronted burglars who reportedly broke in and began to ransack his apartment, police said.

The burglars fled after the man was shot and stabbed.