High hopes for the 2012 Legislative session 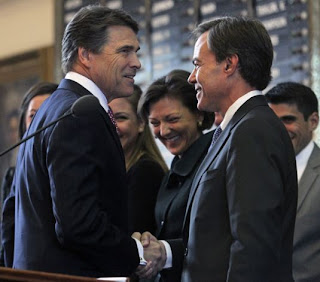 I am proud that the Republican Caucus and then our State Legislature did not bow down to prejudice and flagrantly anti-Semitic rhetoric in this matter and that Joe Straus was re-elected by his peers as the Speaker of the House.

It also bodes well for the normal give and take that should accompany any legislature endeavor.


AUSTIN — Legislators returned to the Capitol on Tuesday for a new session full of challenge and potential peril, keeping the opening day focused on hope despite signs of the tough battle ahead.

“Division, threats of retribution ... attacks on people’s religious beliefs and distortions of people’s records have no place in this House,” said Straus, who took the oath using both a family Bible and the one used by Sam Houston when he was sworn in as governor in 1860.