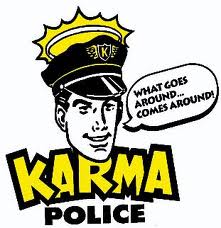 Or reaping what he sowed.

12 years is a pretty good lick for this type of criome I think.

The president of a failed San Antonio home remodeling business was sentenced to 12 years in prison Monday after prosecutors pointed out he still owes more than $500,000 to customers who say they were ripped off.

Robert Alan Kunz, 44, was president and partial owner of King Custom Remodelers, Inc., when it went out of business in 2003.

“Our house is still a patchwork of dangling wires and unfinished stuff,” homeowner Andrew Hart testified during the punishment hearing, pointing out that he hasn't been refunded any of the $160,000 Kunz has owed him since failing to complete the project eight years ago.