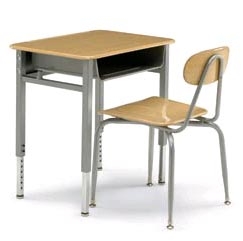 Did she ever stop to think how improper it was?

What, if anything, on Earth was she thinking?

Nora Martinez, 30, was charged with indecency with a child and improper relationship between educator and student, according to county records. Her bail was set at $60,000, and late Monday she was waiting to be booked into Bexar County Jail.

NISD spokesman Pascual Gonzalez said district police arrested the 8th-grade Stevenson Middle School teacher around 11 a.m. after she was questioned by district employees and police about the allegations made by the student just hours earlier.