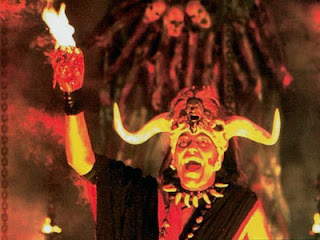 I am sure the Archdiocese is relieved this part is done.

Let the healing begin for the boy and his famy.

The Priest however, is just about to begin his journey through the criminal justice system; i.e. render unto Caesar that which is Caesar's.

Local Catholic officials announced Friday that they have settled a lawsuit for $946,000 against a now-fired priest accused of repeatedly sexually assaulting a 16-year-old boy, at times by gunpoint, in hotel rooms and during catechism classes.

Father John M. Fiala, 52, was sued by the youth last spring and since has been arrested twice on criminal charges.

Last year, he was indicted on six counts of sexually assaulting the teen in Edwards and Howard counties. And last November, Dallas-area police arrested him on a charge of attempting to hire a hit man to kill the youth, now 19.Fiala remains jailed in Dallas County.