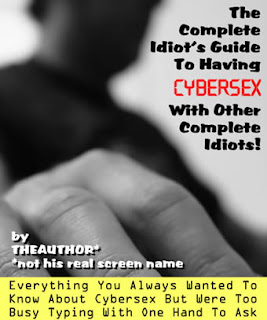 Dude, you're talking to a dude.

Thirty-six people have been arrested in the Philippines for illegally selling Internet sex to web users in the United States, authorities said Tuesday.


The 36 were arrested in a raid on Monday on a supposed Internet cafe that was actually being used to sell pictures and videos of naked women to US clients, said local police officer Myra Sapa.

Those detained would chat with clients via online messaging, posing as women and offering to disrobe and perform live sex acts in front of a webcam, said Sapa, based in the northern city of Dinalupihan where the raid took place.

"They would talk about sex and nudity until they convinced their clients to give them their credit card account number. Then they would send pictures and videos," she said.

"They pretended that they were these people on the videos. But it was not them. They were giving pre-recorded videos."


It was not known who the actual women on the videos were, said Sapa, adding they were not among those arrested in the raid.

The 36 face charges of distributing obscene material and for trafficking of women, Sapa said. If found guilty, they face years in jail.

Sapa said some men were among the 36 detained, and they had been posing as women when chatting online to the US clients. However she said the majority of those detained were women.