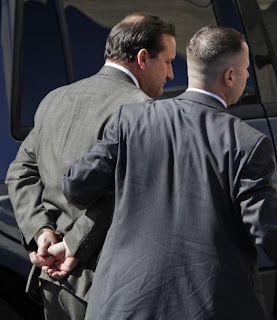 There's probably some pretty nervous folks out there this morning waiting for the knock on their door.

An employee leasing services executive was arrested Monday in one of San Antonio's largest-ever tax fraud cases, accused of keeping $66 million in payroll taxes that should have gone to the IRS.

Patrick G. Mire, 48, was charged in an ongoing investigation that has already produced a 29-count federal indictment unsealed Monday.