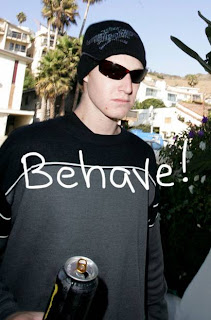 Nothing could have been harder than what this parent did.

Report to the police that his son had made some outlandish statements that he was going to get a gun and shoot some folks.  This after his son had been suspended from middle school.

If nothing else, the Tucson, Arizona shootings, show us that threats, no matter how outlandish, or improbable, need to be taken seriously.

It had to have been hard for this parent to do this but in doing so he showed both his love for his child and for his community.


Officials give advice in wake of teen's threats

“An individual came in and claimed that his son, who had just been suspended from a middle school, apparently got into an argument (with him) and the son indicated that at his first opportunity, he was going to steal a vehicle and get a gun and go and shoot people,” said Lt. Michael Penshorn of the New Braunfels Police Department.