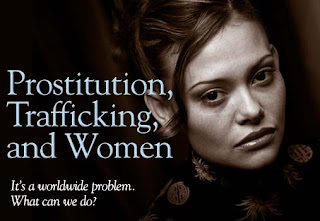 Hard to get rid of apparently.

BEIJING - The number of Chinese women trafficked overseas and forced into prostitution has risen amid an increasing presence of international crime groups, a senior police officer said.
The women, mostly from poor rural areas, were trafficked mainly for forced marriage or forced prostitution, Chen Shiqu, director of the anti-human trafficking office under the Ministry of Public Security, said.
Forced marriages in poor areas of Southwest China's Yunnan and Guizhou provinces were behind most of the trafficking, he said.
The rest of the story:
Posted by Sam at 8:00 AM