Getting booked and fllying high. Smile for the camera. 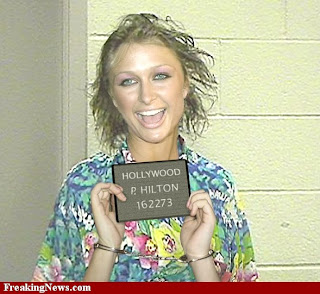 A disturbing number, but hardly surprising when you think about it.

Why do you think most of these folks are getting arrested?

It'd be interesting to see a statistical breakout of the crime vs drugs on-board at the time of booking wouldn't it?

Why it may even help justify the war on drugs.


Study: 70% of inmates are on drugs at booking
Federal study at Hennepin County jail found drugs, most often marijuana, in 70% of arrestees.
By DAVID CHANEN, Star Tribune

(Minneapolis/St. Paul) Seven in 10 inmates booked into the bustling Hennepin County jail on any given day last year had illegal drugs in their system, though most of them had had some kind of treatment.

This unique snapshot of drug use by inmates before their arrest comes from an annual federal study that includes the county and nine other jail sites across the country. It involves randomly selected inmates who take part voluntarily, giving information about their drug habits, criminal activity and housing and job status, and providing a urine sample within 48 hours of being booked.

Substance abuse by arrestees at the Hennepin County jail in Minneapolis was over 70 percent in 2010, a 10 percentage-point increase from 2009. The drug most commonly found was marijuana, in about half of those tested, followed by cocaine, in nearly one-fifth.