I'd vote for more secure voting 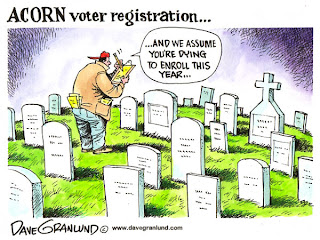 I'm sorry but I just have never understood why folks are against voter ID.

I mean you have to show more ID when you go to get a driver's license or cash a check at a bank than you do to vote.

Also why is this considered a partisan issue?  Shouldn't all parties and independants want make sure that voters are who they say they are?

I mean really?  Wouldn't you rather try to make sure there is less voter fraud than more?

Senators will meet Monday to begin considering a voter identification bill — a move sure to start this legislative session with a fierce partisan debate.

The voter ID bill was one of two items declared an emergency Thursday by GOP Gov. Rick Perry, prompting some Democratic leaders in the Texas House to say only the budget should get priority status and they will urge their members not to support a plan next week allowing early debate on bills he has identified as emergencies.

Late Thursday, Lt. Gov. David Dewhurst notified senators that he would bring up voter ID on Monday, with Sen. Robert Duncan, R-Lubbock, presiding over the Senate meeting as a committee of the whole. By doing so, it will allow the Senate to accelerate the process.