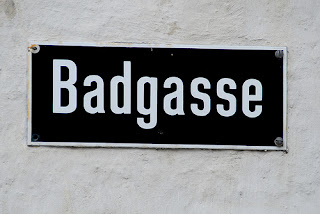 
BRISTOL, Conn. — A Connecticut man is being held on murder and assault charges after allegedly stabbing four people, one fatally, because partygoers were making fun of his flatulence.
Police say Marc Higgins, 21, left a party Saturday and returned with three knives, stabbing people indiscriminately, according to court documents released on Tuesday.

The Hartford Courant, quoting those documents, reported that Higgins told police he was angry at being derided and wanted to teach people that they shouldn’t trifle with him.

Higgins appeared in court on Tuesday. He is charged with murder, assault and carrying a dangerous weapon and was ordered held in lieu of $2 million bond.

Twenty-one-year-old Matthew Walton died of his injuries. The wounds suffered by the other three victims were not life threatening.

"I didn't know what happened," David Klett, one of those injured, told the Bristol Press. "Then I saw the blood. I jumped off the porch and ran to the hospital. It was scary… I was just in the wrong place in the wrong time."
Posted by Sam at 7:18 AM