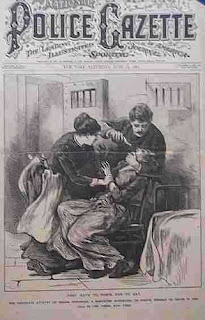 The man injured in the home invasion has now died.

Apparently, the break-in was to steal drugs allegedly supposed to be at the house.

Will this matter now be upgraded to capital murder?

A man wounded in a home invasion at a Northwest Side apartment Sunday died of his injuries Monday morning, officials said.

Daniel Meza, 40, was assaulted and possibly stabbed around 2 a.m. Sunday, when five people broke into his apartment in the 7800 block of Callaghan Road, according to a San Antonio Police Department incident report. He was taken to University Hospital, where he died around 3 a.m. Monday, a hospital spokeswoman said.

According to police, five people wearing dark clothing and masks knocked on Meza's door. He asked who it was but didn't get a response, police said, and then five people forced their way inside.