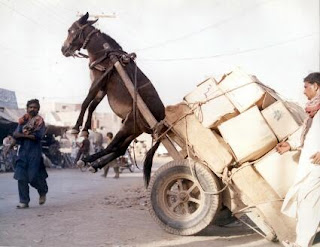 How long will it take for them to realize they need to stop resembling the party's mascot of a jackass?

Given the Bexar County Democratic Party's public disintegration into grotesque political carnival, I am reminded of a saying by former Speaker of the House Sam Rayburn, the bard of old, hardscrabble Texas Democrats.

“A jackass can kick a barn door down,” said Mister Sam. “But it takes a carpenter to build one.”

There were no carpenters in sight Tuesday night on the 14th floor of the Granada Homes when several hundred so-called Democratic leaders gathered in the spacious ballroom to “reorganize” their fractured party.