Hi there, I died can you give me my insurance money please? 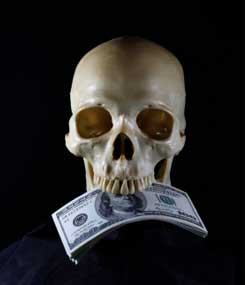 IT was April Fool's Day in 2007 when Paul Terroni supposedly drowned in the Coaque River in Pedernales, Ecuador.

Just over a year later, very much alive, he returned to Australia with a new name.

He had hoped to make a fresh start as Gabriel Alejandro Sanchez Cedeno but his old life came back to haunt him when he tried to claim $283,000 on life insurance.