Apparently having not learned her lesson may cause future problems 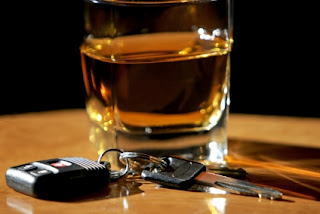 Five years in prison is not a long time when you consider that there was a death, no finding of a deadly weapon and that she admitted to drinking and driving 5 times after the death of her husband while on bond and waiting to go to trial for intoxication manslaughter.

The impact of the no finding of a deadly weapon means she will not have to serve 1/2 of the assessed punishment day for day before she's eligible for parole.  She could be paroled, with credit for any time served, say in about 18 months give or take.

She obviously hasn't learned anything.  The death of her husband because she was driving drunk didn't stop her from driving while drunk while out on bond awaiting trial.  She won't learn any coping skills in prison to handle her boozing.

I'm afraid when she gets out she'll be doing it again.  Don't bet she won't.

A San Antonio woman who killed her husband in a drunken-driving wreck within months of their wedding was sentenced Friday to five years in prison.

Nadia Rahina Maharaj, 31, pleaded guilty to intoxication manslaughter earlier this week but asked a jury to determine her sentence instead of state District Judge Sid Harle. She had faced up to 20 years in prison but her attorneys asked for probation, pointing out that losing husband Louis Sifuentes Jr. has already destroyed her.

Although jurors rejected the probation request, they did give Maharaj a slight victory — deciding that her car should not be considered a deadly weapon. Without such a finding, she might not have to wait until half of her sentence is served before becoming eligible for parole.