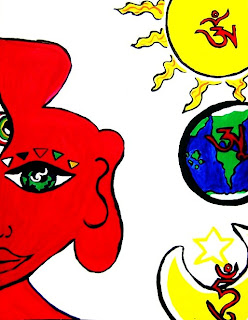 DHARAMSALA: Tibetan religious leader, the Karmapa, was asked a set of 50 questions by police on Sunday about nearly Rs.70 million worth of unaccounted foreign and Indian currency being found in his monastery. Denying all allegations, he said the money was given by devotees all over the world.

A police team, led by Una'a Additional Superintendent of Police K.G. Kapoor, reached the monastery near here to question the 17th Karmapa, Ogyen Trinley Dorje, who was quizzed Friday as well.

"Fifty questions were asked to the Karmapa and he denied all allegations. He said the money recovered was money given by devotees," Kapoor said. "But we are not happy with his replies and he is likely to be questioned again," he added.