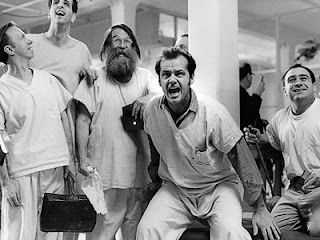 An interesting perspective on the culmination of decades of taking a hands off approach to the care and treatment of folks with mental illnesses.

Particularly in after-care of folks who were released back into their communities without any cogent system to ensure follow-up care and treatment.

The killing of six people in Tucson is one more sad episode in an ongoing series of tragedies that should not be happening. The alleged shooter, Jared Lee Loughner, is reported to have had symptoms associated with schizophrenia—incoherent thought processes, delusional ideas, erratic behavior—and almost certainly was seriously mentally ill and untreated. The fact that he was barred from his college until he was evaluated by a psychiatrist would appear to confirm the nature of the problem.

The truth is that these tragedies are happening every day throughout the United States. The only reason this episode has received widespread publicity is because there were multiple victims and one victim was a member of Congress. Such senseless killings have become increasingly common over the past 30 years, starting in about 1980, when Allard Lowenstein, coincidentally a former congressman, was killed by Dennis Sweeney. Sweeney was a young man with untreated schizophrenia who had been Lowenstein's protégé in the civil rights movement. Congress was also prominently involved in 1998, when Russell Weston, who also had untreated schizophrenia, killed two policemen while trying to shoot his way into the Capitol Building in Washington, D.C.

These tragedies are the inevitable outcome of five decades of failed mental-health policies. During the 1960s, we began to empty the state mental hospitals but failed to put in place programs to ensure that the released patients received treatment after they left. By the 1980s, the results were evident—increasing numbers of seriously mentally ill persons among the homeless population and in the nation's jails and prisons.

Over the past three decades, things have only gotten worse. A 2007 study by the U.S. Justice Department found that 56% of state prisoners, 45% of federal prisoners, and 64% of local jail inmates suffer from mental illnesses.