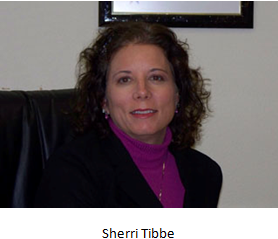 Although some of you may protest I applaud the decision of the Hays County DA Sherri Tibbe to essentially not prosecute any cases in which Officer Stephens is involved due to his "history for dishonesty".


UPDATE 6:30 P.M. This entry has been revised to reflect that the arbitrator ruled that the charges of dishonesty and excessive force against Officer Stephens were not substantiated, not that the punishment of termination was too harsh.

A San Marcos Police Department terminated for not being truthful on two occasions and a use-of-force violation remains back on the force, but is effectively unable to perform police duties after a decision by Hays County District Attorney Sherri Tibbe.

Officer Paul Stephens was indefinitely suspended last October over an incident where he used a baton against a woman who was not resisting and was not a physical threat, and for later making a false statement about the encounter in his report. However, an independent arbitrator ruled in June that the charges of charges of dishonesty and excessive force could not be substantiated, and Police Chief Howard Williams was bound by law to re-instate him.

But a June memo from Tibbe to Williams says that due to Stephens’ “history for dishonesty,” her office will be unable to call Stephens as a witness in any case and cannot prosecute any case in which he is an investigating officer. Stephens’ credibility problems could endanger cases when they go to trial, Tibbe argued, because her office is bound to disclose his history to defense attorneys.

Williams, who said today that he agrees with Tibbe’s decision, said that this means Stephens will remain on the force but can’t enforce the law or make arrests.

“She can’t put him on the stand,” Williams said. “A defense attorney would tear him up.”

Stephens was also involved in an August traffic stop that garnered national attention.

In that case, Stephens stopped Michael Gonzales on Interstate 35 for driving 95 mph, 30 miles above the speed limit, as he swerved through traffic. Gonzales and his girlfriend were taking their dog, which was choking on food, to a veterinarian in New Braunfels.

The couple said the dog died during the approximately 20-minute stop. Footage from patrol car cameras shows that Stephens chastised Gonzales for speeding, telling the distraught man that it was just a dog and that he could get another one.
Posted by Sam at 5:49 PM