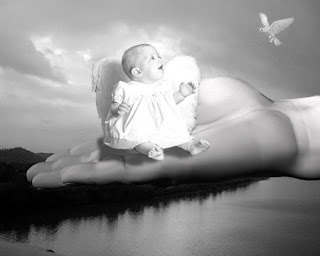 A risky ploy by the defense in my opinion.


It could easily backfire.

Defense goes after autopsy in murder trial
SEGUIN — Defense attorneys for the man accused of killing his young daughter in a rage in 2007 Friday attacked the conclusions of the autopsy performed on the victim putting a Minnesota-based expert on the stand who testified he believed important tests hadn’t been done on two bruises found on the body and that a broken collarbone occurred days if not weeks before death.

Dr. John Plunkett, a forensic pathologist, performed thousands of autopsies in a career that stretched three decades before becoming a critic of “shaken baby syndrome.”

For more than a decade, he has worked across the country as a sometimes controversial defense expert on infant autopsies .

He was prosecuted himself — and acquitted — in a 2001 Oregon case for alleged false swearing in a trial where his testimony led to acquittal of a day care worker accused in the death of a 14-month-old toddler, which a legal publication reported Plunkett characterized as “payback” by a county prosecutor after a hard-fought and emotional loss in court.

Defense attorneys Gina Jones and Bill Maynard retained Plunkett as an expert who offered an opposing view on the autopsy of Kyndra Billig, who died after an April 10, 2007 incident in which Michael League, 34, is alleged to have shaken and squeezed the infant and then tossed or dropped her onto an ottoman when he couldn’t quiet her crying.

League confessed twice to police and once in a jailhouse letter he sent to the victim’s mother three days after his arrest. He has since recanted the confessions before jurors, saying he was coerced by police and was under the influence of the emotional drain of the confrontations he said took place with a Seguin police detective when he wrote the letter to his former girlfriend, Lisa Billig, outlining the incident in much the same way police say he described it to them.

After a spirited cross-examination by Bloomquist, Plunkett agreed blunt force trauma injuries likely killed Billig, but refused to accept the contention that all had occurred when prosecutors say, that League caused them and, if he did cause them, that he intended to.

During direct examination by Jones, Plunkett reviewed the autopsy conducted by Dr. Rajesh Kannan, noting among other things that the document hadn’t been dated, he didn’t think enough photographs had been taken — a contention later refuted by Bloomquist who noted the defense either hadn’t provided or had mislabeled a number of photos — and that tissue slides that could have better documented brain injuries and bleeding suffered by Billig hadn’t been taken.

The infant’s weight was recorded, but the calculation of her weight percentile on a scale of all infants her age had a typographical error in it mentioned by Kannan in his testimony.

Plunkett noted that Kannan and five other people signed off on the autopsy without noting the error then.

In addition, Plunkett noted, bruises on Billig’s head and ear were documented in the autopsy but were apparently not studied microscopically to determine when they had occurred, suggesting they might have occurred earlier — perhaps well earlier than prosecutors contend.

And there were signs of healing present in Billig’s broken collarbone that showed the injury to be at least 10 days to two weeks old, Plunkett testified.

“The pathologist missed the age of the collarbone fracture,” Plunkett told jurors. “Shaking had nothing to do with Kyndra’s death. If caused by shaking, it would require major structural neck damage akin to decapitation. There’s just no evidence that a human can cause brain damage by shaking.”

Plunkett also testified that he didn’t believe the blunt force trauma involved could likely have been caused by League flinging or dropping the infant onto an ottoman.

Jones showed the witness the ottoman and its padded top.

“It’s unlikely that an infant is going to be injured in contact with that kind of surface any more than someone would get those injuries in a pillow fight,” Plunkett said. “I’m not going to say it’s impossible, but it’s unlikely dropping or throwing her onto that surface would result in this kind of injury.”

In his cross-examination, Bloomquist began by asking Plunkett what kind of work he does, and he told the court he’s a consultant who evaluates injuries to infants. He teaches and lectures and leads a discussion group of physicians who are interested in the topic.

Bloomquist asked Plunkett if he primarily worked with defense attorneys in preparing their cases, and while the pathologist acknowledged he did, he took exception to the prosecutor’s characterization.

“I don’t work for defense attorneys,” he said. “I tell them what I think. It’s up to them what they do with the information.”

On the autopsy photos that Plunkett had testified were inadequate under questioning by Jones, Bloomquist handed over a sheath of many more including the ones Plunkett had already seen, pointing out that the rest had also been taken at autopsy.

“In that case, that might change your opinion?” Bloomquist asked.

Plunkett said he originally thought the rest of the photos were taken by police and not by the pathologist, and he acknowledged the photos appeared adequate to document the procedure.

Bloomquist pointed out that the day before her collapse, Billig was brought to a local pediatrician who noted no sign of the injuries discovered at autopsy and certainly no suggestion of a broken collarbone, and Plunkett said he would have to defer to the observations of the local physician.

But throughout the exchange, Plunkett held steadfast in his belief the collarbone break came earlier.

“Microscopically, Kyndra has advanced healing in that clavicle,” the doctor said.

But Kannan had based his finding that the injury was fresh based on blood that was present, and Bloomquist asked Plunkett if that bleeding hadn’t been more recent, and Plunkett’s position seemed to shift slightly — that there could have been new injury at the site of an older one. But he couldn’t say just how that injury had occurred, and he reiterated that he doubted it could have occurred in an impact with the ottoman.

Bloomquist talked briefly about police interviews and how criminal suspects often tried to minimize what they’d done in such interviews.

He then asked if the pathologist thought League could have left something out in his account, such as an impact with the floor, the walls or the edge of the chair he said he was sitting in at the time of the incident, when he was attempting to change the baby’s soiled diaper.

“If he struck her on the ottoman, could that have caused her death?” Bloomquist asked.

Kannan, Bloomquist said, had concluded Billig had died of a cranial hemorrhage caused by trauma and ruled the death a homicide.

Plunkett said he agreed with the findings, but equivocated nonetheless.

“But that doesn’t take into consideration whether it was intentional or accidental,” Plunkett said.

League’s trial continues at 8:30 a.m. Tuesday in the third floor district courtroom of the Guadalupe County Courthouse.
Posted by Sam at 7:46 AM