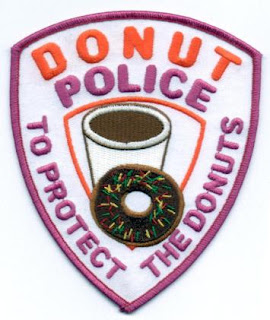 Both are believed to be teenagers, police said, and one was armed.The robbery happened July 7 in the area of Decatur Boulevard and Washington Avenue.

After taking money from the clerk, police said the two teens demanded sprinkled doughnuts and milk from the cooler.

The three photos released to the media show the teens wearing baseball caps and covering their faces with bandanas.Anyone with information about the robbery is urged to call police at 702-828-3591 or Crime Stoppers at 702-385-5555.
Posted by Sam at 7:53 AM