Just grin and Bexar it 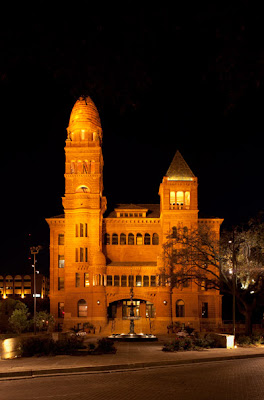 I have no dog in this fight but I would hope it gets used as the Presiding Civil Courtroom not as the Commissioner's Court.

That's not to say it can't be shared between the two uses as well.

When officials announced plans to renovate Bexar County's oldest district courtroom — using a mix of public and private funds to recapture its historic grandeur — many believed it would become the “crown jewel” of Texas courts.

Expectations haven't waned for the project, estimated to cost as much as $3 million when it's completed in fall 2011.

But questions have surfaced about whether it will be used again as the presiding courtroom for civil district court judges or administrative meetings. And that has many in San Antonio's legal community worried.