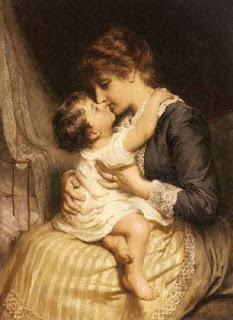 This is just plain creepy.


A Waterford mother will spend at least nine years in prison for having sex with the 14-year-old son she gave up for adoption when he was a few days old.

Sword received yearly updates and pictures from the boy's adoptive family in Grand Rapids, Ribitwer said. But when she didn't get a picture when the boy turned 14, she contacted him online through a social networking site.

"When she saw this boy, something just touched off in her -- and it wasn't a mother-son relationship, it was a boyfriend girlfriend relationship," Ribitwer said. "Aimee's searching for a reason why this happened. She can't understand it. She's going to get some counseling."

Originally charged with four counts of first-degree criminal sexual conduct, the former Macy's makeup counter clerk pleaded guilty to having sex with the boy once. Investigators said she had sex with the teen in a Grand Rapids hotel and also at homes in Waterford in 2008.

After the teen got into trouble in Grand Rapids, his adoptive mother -- not knowing about the relationship -- agreed to allow him to stay with Sword in Waterford. Married at the time, Sword shared her home with her husband and five other children, toddlers to late teens.


But after he returned to Grand Rapids, he talked about the incidents to a counselor, who reported them to police.

"It's the first time I've really seen something like that between a mother-son," Oakland County Prosecutor Jessica Cooper said Monday after the sentencing.
Posted by Sam at 8:53 AM