Another hit and run fatality 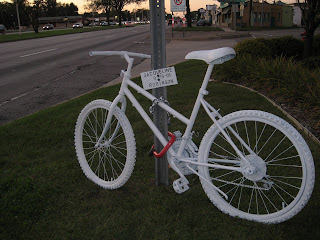 I am so tired of the hit and runs.

Why do folks do this?  Were they drunk or did they not have insurance?

Sad to say but in this town the odds are it was both.

A San Antonio teenager was killed in a hit-and-run accident in the city's West Side after the driver of a black Chevrolet failed to stop and render aid, according to a police report.

Mike Anthony Palitos, 18, was riding a bicycle westbound on Old Highway 90, near south Callaghan Road, around midnight Saturday morning when he was struck from behind, the police report states.

Witnesses said the vehicle was driving without its headlights on and fled the scene of the crash without stopping.