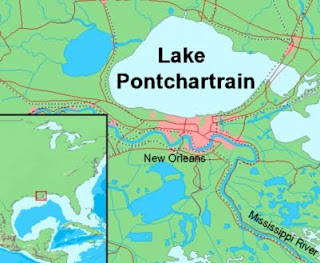 Not a good development at all.


This time it's oil trouble for Lake Pontchartrain

NEW ORLEANS – Oil from the ruptured well in the Gulf of Mexico is seeping into Lake Pontchartrain north of New Orleans, threatening another environmental disaster for the huge body of water that was rescued from pollution in the 1990s.

The lake rebounded then to once again become a bountiful fishing ground and a popular spot for boating and swimming.

"Even the people involved in the restoration didn't believe it could be restored. It was completely written off. It was thought to be an impossible task," said John Lopez, a scientist with the Lake Pontchartrain Basin Foundation, which led the restoration effort. "It has been a dramatic turnabout."