South of the border down Mexico way 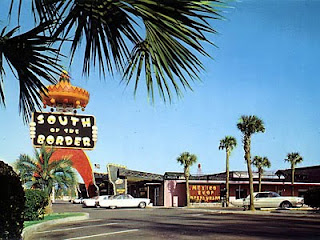 I am glad the folks in Mexco appear to now just becoming aware of how deeply rooted and pervasive the corruption by criminal elements are in their legal and law enforcement systems.

It will be tough to root them out but they really need to press ahead and get 'er done.

Also we ought to lend support and help them if requested.  It is in our best interests to do so IMHO.

BTW enjoy the music, I love this song.

MEXICO CITY — Official elation over the death of a gangland boss did little Friday to offset outrages that suggest how deeply organized crime has corrupted this nation's security forces.

But Coronel's death capped more than a week of dizzying scandals and violence across northern Mexico that included the arrest of the warden and several guards of a state prison for colluding with convicts in gangland massacres, and the kidnapping Monday of four Mexican journalists to force the broadcast of gangster videos.