Call her Cleopatra, the Queen of denial 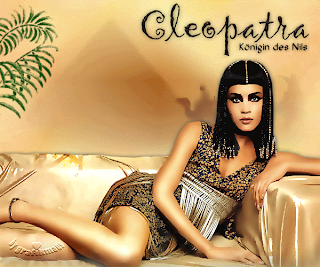 Not only does the father throw the kid into oncoming traffic.  Thankfully she survived relatively uninjured but the Babymama doesn't believe the story .  Saying that he was under attack and did what he could to protect the baby.

I think Child Protective Services needs to get involved here and quickly.

A 21-year-old Oakland man is in police custody after he threw his baby daughter into the path of a moving car, according to cops.


Police say an off-duty officer saw the man, later identified as John Taylor, shake the 18-month girl and throw her into oncoming traffic on Fifth Avenue near East 15th Street around 5:39 p.m. Saturday. A Volkswagen Jetta almost hit the toddler, police say, and the car's undercarriage burned and scraped the girl.
The girl, Jayla, lives with her mother and had been visiting with her father that day. After Taylor allegedly threw his baby daughter into the lane of traffic, he took off running, pounding on and kicking cars along the way, police said.
While a neighbor pulled the baby girl out from underneath the Jetta, police chased Taylor down.
The girl's mother, Alena Bartholemew, doesn't believe the story. She says Taylor was under attack and did what he could to protect their baby.
"I'm hurting now because I know my baby's father is in jail facing charges and I don't feel that it is reasonable," Bartholemew told NBC Bay Area. "Anybody who feels that they think that John had thrown the baby out, please get that out your mind -- there is no reason to believe that. He is a great father to her."
Drivers in the neighborhood tried to stop Taylor as he ran from cops. When officers caught up with him, they found him in a violent scuffle with those motorists. Police hit Taylor with a Taser and arrested him.
Taylor was arrested on suspicion of of willful cruelty to a child, vandalism, resisting arrest and battery on a police officer.
Posted by Sam at 7:37 AM