This is not rape 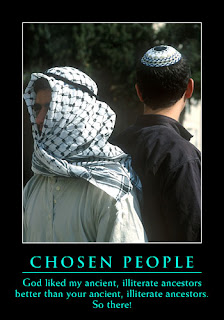 I am not condoning his deception but I hardly think this constitutes rape nor is deserving of 18 months in prison.

Let's try to reach consensus folks and stop the ancient madness and hate.


A Palestinian man has been convicted of rape after having consensual sex with a woman who had believed him to be a fellow Jew.

Sabbar Kashur, 30, was sentenced to 18 months in prison on Monday after the court ruled that he was guilty of rape by deception. According to the complaint filed by the woman with the Jerusalem district court, the two met in downtown Jerusalem in September 2008 where Kashur, an Arab from East Jerusalem, introduced himself as a Jewish bachelor seeking a serious relationship. The two then had consensual sex in a nearby building before Kashur left.

When she later found out that he was not Jewish but an Arab, she filed a criminal complaint for rape and indecent assault.

Although Kashur was initially charged with rape and indecent assault, this was changed to a charge of rape by deception as part of a plea bargain arrangement.

Handing down the verdict, Tzvi Segal, one of three judges on the case, acknowledged that sex had been consensual but said that although not "a classical rape by force," the woman would not have consented if she had not believed Kashur was Jewish.

The sex therefore was obtained under false pretences, the judges said. "If she hadn't thought the accused was a Jewish bachelor interested in a serious romantic relationship, she would not have cooperated," they added.

The court ruled that Kashur should receive a jail term and rejected the option of a six-month community service order. He was said to be seeking to appeal.

Segal said: "The court is obliged to protect the public interest from sophisticated, smooth-tongued criminals who can deceive innocent victims at an unbearable price – the sanctity of their bodies and souls. When the very basis of trust between human beings drops, especially when the matters at hand are so intimate, sensitive and fateful, the court is required to stand firmly at the side of the victims – actual and potential – to protect their wellbeing. Otherwise, they will be used, manipulated and misled, while paying only a tolerable and symbolic price."

Gideon Levy, a liberal Israeli commentator, was quoted as saying: "I would like to raise only one question with the judge. What if this guy had been a Jew who pretended to be a Muslim and had sex with a Muslim woman?

"Would he have been convicted of rape? The answer is: of course not."

Arabs constitute about 20% of Israel's population, but relationships between Jews and Arabs are rare. There are few mixed neighbourhoods or towns, and Arabs suffer routine discrimination.

Israeli MPs are considering a law requiring prospective Israeli citizens to declare loyalty to Israel as a "Jewish, democratic state". Many Arabs would balk at swearing allegiance to a state which they see as explicitly excluding or marginalising them.

Dan Meridor, a deputy prime minister in Binyamin Netanyahu's government, is opposed to the proposal. "Why does every bill need the word 'Jewish' in it – to show the Arab citizens that it doesn't belong to them? Then we're all shocked when they radicalise their stance.

"The majority doesn't need to remind the minority that it is in fact a minority all the time," he added.
Posted by Sam at 7:37 AM