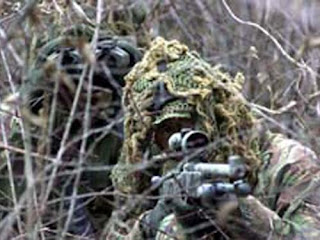 Not a good situation.

Thank God no one has been killed or wounded.


Oakland police have their hands full. In addition to a shootout on the freeway and a police-involved shooting at a BART station, officers are now on the hunt for an apparent sniper trying to take out officers.
"They hear gunshots and can feel the bullets pass by them," police spokesman  Officer Jeff Thomason said. "They can hear them whizzing by."
The latest incident happened Sunday at about 11:30 p.m. Patrol officers were on a traffic stop near 8th and Adeline Streets in West Oakland when they heard shots. They were detaining people in a car on suspicion of drug-related offenses.
The officers had to get out of the line of fire and get the detainees out of the line of fire. They called for back up.

The officers took cover, and no one was hit by the gunfire.  Thomason said four officers were there at the time.
Police searched the high-rise apartment building from where they believe the shots were fired but they did not find the gun or the shooter.
To make matters worse, police checked the building's security room where cameras might be -- and the room had been vandalized.
Police say its unclear whether that was done in advance by the shooter or if it was a coincidence but they were not able to get any surveillance tape right way which might help in the investigation.
The officers and detainees were not hit.
Posted by Sam at 8:12 AM