Shenanigans and will contests 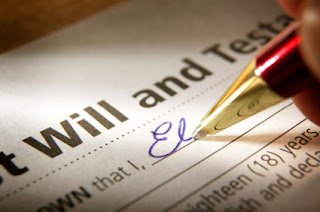 I hope his family can get the re-done will over turned.

From the sounds of it it would appear there may have been undue influence on Mr. Block.


The last time Leo Rose saw his old friend Leo Block was in summer 2008, shortly after Block, a lifelong bachelor and multimillionaire retiree, had surprised friends and family by marrying a far younger woman unknown to them.

“The day I met his new wife, she gave me a phone number and said, ‘You can always reach me here, and I’ll certainly tell Leo,’ but when I tried to call, it was not a working number. That kind of puzzled me,” recalled Rose, 88, who had known Block for decades.

The next surprise was far harsher. Last August, Block, 94, died at home in San Antonio of sepsis, dehydration, diarrhea and malnutrition, according to the death certificate, which noted senile dementia as a “significant contributing condition.”