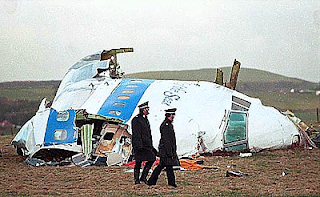 So how bad will this play-out?

Apparently the Lockerbie bomber was freed without opposition by the U.S. and apparently with the consent of the Obama Administration.

White House backed release of Lockerbie bomber Abdel Baset al-Megrahi
THE US government secretly advised Scottish ministers it would be "far preferable" to free the Lockerbie bomber than jail him in Libya.

The intervention, which has angered US relatives of those who died in the attack, was made by Richard LeBaron, deputy head of the US embassy in London, a week before Megrahi was freed in August last year on grounds that he had terminal cancer.

The document, acquired by a well-placed US source, threatens to undermine US President Barack Obama's claim last week that all Americans were "surprised, disappointed and angry" to learn of Megrahi's release.