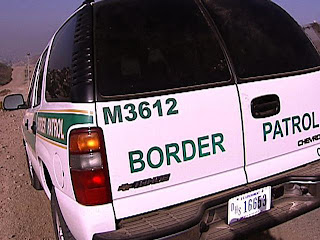 Whatcha gonna do when they come for you?

Is the Obama Administration is too busy fighting the Arizona law in court to protect our Borders?

UPDATE:  This story is not yet confirmed and many conflicting stories are occurring.

In what could be deemed an act of war against the sovereign borders of the United States, Mexican drug cartels have seized control of at least two American ranches inside the U.S. territory near Laredo, Texas.

Two sources inside the Laredo Police Department confirmed the incident is unfolding and they would continue to coordinate with U.S. Border Patrol today. “We consider this an act of war,” said one police officer on the ground near the scene. There is a news blackout of this incident at this time and the sources inside Laredo PD spoke on the condition of anonymity.

Word broke late last night that Laredo police have requested help from the federal government regarding the incursion by the Los Zetas. It appears that the ranch owners have escaped without incident but their ranches remain in the hands of the blood thirsty cartels.