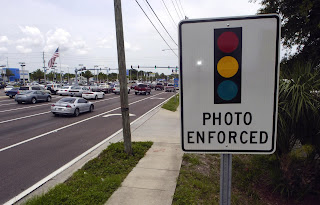 There is really a very simple solution for all this.

DALLAS — Public support for the use of red-light cameras in Texas and across the country could be switching from green to yellow.

In Texas, voters forced College Station to take down its cameras last fall, while opponents in Houston say they have enough petition signatures to put the cameras to a vote this fall. Camera opponents in the Texas Legislature say they plan again to try to pass a measure phasing out the cameras statewide.