You're kidding me right?? 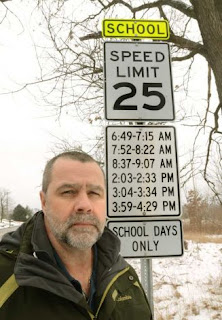 This is pretty ridiculous if you ask me.

Greg Smith tells The Oakland Press of Pontiac that he noticed the sign recently in Oakland County's White Lake Township that lists six separate times when drivers should slow down to 25 mph on school days.
Smith says drivers "practically have to come to a stop to read it." An elementary, middle and high school all are nearby.

Police Chief Ed Harris says a meeting is being called with the White Lake Township supervisor, the school district and the county road commission about the sign. Harris says the township didn't put it up but is trying to resolve the matter.