Pandering and desperate is no way to go through a campaign 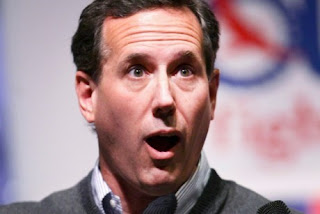 Not to mention that it reeks of desperation.

That's right. The former Pennsylvania senator's campaign paid for a robocall asking Democrats to vote for him in Tuesday's primary.

"We know that if we can get a Reagan Democrat in the primary, we can get them in the fall," said Hogan Gidley, communications director for Santorum. He confirmed the campaign paid for the call.