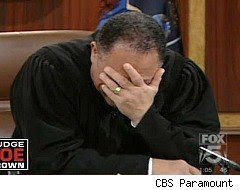 Her attorney stated:  "Hurt's crimes were “bad conduct,” but “not prison-grade bad conduct.”

Good Heavens!  If stealing thousands of dollars from the court and county that you were entrusted to is not "prison-grade bad conduct" then what is?

KERRVILLE — Former probation officer Tanna Mozel Tyler Hurt pleaded guilty to 22 felonies Wednesday for stealing thousands of dollars entrusted to her between 2007 and 2010 by those she supervised.

Besides making some of the probationers' money orders payable to herself, records show Hurt also used the stolen funds to pay her electric bills and phone charges, and to buy animal feed.

The admissions by Hurt, also known as Tanna Brown, is another embarrassment for the 198th judicial district, which also has seen a former judge and a prosecutor admit to criminally misusing its funds.