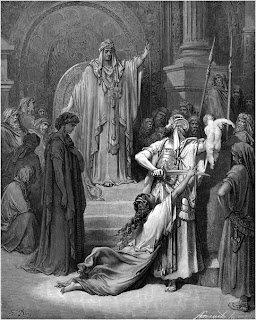 Oh what a tangled web we weave when we practice to divorce?

Jurors on Tuesday began deliberating how to divvy up a $6 million estate at the divorce trial of Mike and Tina Yuchnitz, whose turbulent marriage made headlines when San Antonio police accused the husband of trying to have his wife killed.

The Yuchnitzes accused each other of deceit and greed during closing arguments. The jury was to resume deliberations today over what share of the estate, including their chain of optical stores, to award to each.

Tina Yuchnitz is asking for 75 percent, plus damages, to compensate for mental anguish from the alleged murder plot, claiming her husband not only wanted her dead but conspired with their adult son Noah to transfer assets into Noah's name so she wouldn't be able to touch them.