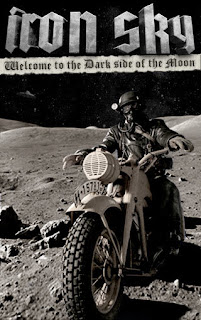 Nazis in space pack in the crowds at Berlin film fest
Breitbart.com

A sci-fi black comedy about Nazis from the moon invading Planet Earth is one of the hottest tickets at the Berlin film festival, which is better known for its gritty political fare.


"Iron Sky", a B-movie spoof drawing the crowds at the 11-day event in the German capital, imagines that Hitler's surviving henchmen set up a lunar colony after the fall of the regime in 1945, biding their time to strike back.

The opportunity comes in 2018 when a US astronaut exploring the dark side of the moon comes face to face with a Nazi soldier clad in a black uniform and a breathing mask.