Beat me Daddy, eight to the bar 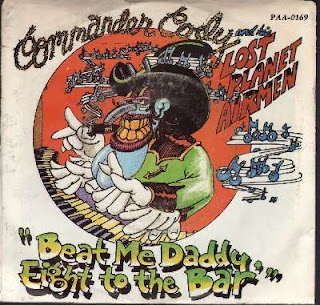 No excuse for this kind of behavior.

San Antonio police on Saturday night arrested a man accused of assaulting his son at their North Side home.

Roger Sauceda, 28, is being held in Bexar County Jail on one count of injury to a child causing bodily injury. A judge set bail at $25,000.

An arrest warrant affidavit states Sauceda, whose criminal record includes a charge of assaulting his wife in 2010 and violating a protective order in June, became upset with his son around 1 p.m. Saturday because the boy, under the age of 10, wasn't wearing a nice shirt.