Would you like some fries with those bags of money? 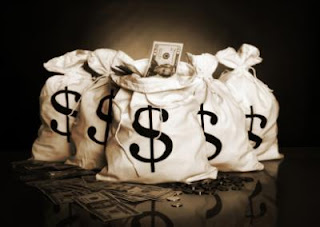 Very accommodating of the bank tellers, no?


OREM — It almost sounds too bizarre to be true, a Utah County teen is under arrest, accused of robbing two banks in less than an hour.


Authorities said a 16-year old boy allegedly took his mother's car without permission, drove to a nearby Central Bank branch and pulled into the drive up lane.


"He sent a note through the drive-thru canister telling the teller to send him money," said Orem Police Sgt. Craig Martinez. "He inferred on the note that he had a weapon."


After complying with the young man's demands, the tellers contacted police and were able to give a detailed description of the vehicle, including the license plate number. But before investigators were able to track the boy down, he allegedly used the same modus operandi at an America First Credit Union branch just 20 minutes later.